Die Another Day is a 2002 British spy film, produced by Eon Productions. It was published by MGM and Fox. It is the twentieth film in the James Bond series, about the adventures of the fictional MI6 agent James Bond. This was the fourth and final film to star Pierce Brosnan as James Bond.

Bond went to North Korea, to kill a dangerous man. Bond gets betrayed, captured and tortured. Fourteen months later, Bond is released as part of a prisoner exchange. Bond investigates the evident "mole" in the British government who betrayed Bond and their country. 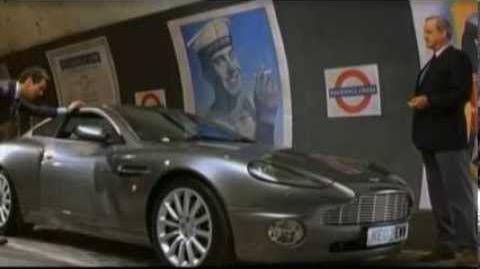 007 アストンマーティン・ヴァンキッシュvsジャガーXKR カーチェイスシーン
Add a photo to this gallery
Retrieved from "https://international-dubbing.fandom.com/wiki/Die_Another_Day?oldid=33536"
Community content is available under CC-BY-SA unless otherwise noted.